The Manipulative power of PISCES over the Other Zodiac sign

Pisces stand for the deep, unfathomable and mysterious.

They are very sensitive, both in terms of their own suffering as well as with respect to the suffering of others. Their desire is to go with the flow and avoid all obstacles. They are true masters of unconscious manipulation. This is namely their innate ability, which they use very often and often cannot help it. Their house is the 12th house of the psyche and this is about everything that cannot be seen with the naked eye, what we only feel, guess and suspect.
The Pisces is at home in this world, which makes most other people rather afraid. 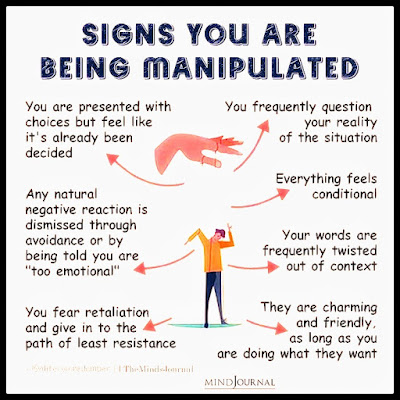 Pisces can manipulate each other insofar as they support each other in their latent denial of reality. Not all conflicts can be avoided. learn More...


If the Pisces wants to manipulate the Aries, the Pisces needs do nothing else than avoid the Aries's ill-considered and hasty attacks with a short fin stroke. Learn More..

♓ PISCES keys to Success - The decanate

All Pisces are not alike! The decanate (10-day period) you were born in reveals the talents most lately to bring you success. ( ͡❛ ͜ʖ ͡❛) 👉 Look below for your birth date, or i f bom on a dividing date, the traits before or after that fit you best...
-

Use ♓ PISCES mind-power for success!

( ͡❛ ͜ʖ ͡❛) 👉  There are three general Pisces mental types based on the three possible Zodiac (star) constellation in which Mercury could have been positioned when you were born. See which description below fits you best...

♓ PISCES, You may be intensely attracted but incompatible in the long run with some Signs

You may be intensely attracted but incompatible in the long run with some Signs. ( ͡❛ ͜ʖ ͡❛) 👉  Your chances for an enduring relationship are outlined Use this link.
-

By [email protected]
Zodiac Manipulation 3rd topic “communication”: You and people of your third sign    Thereby it is a matter of one of the following connections:   We are moving forward in the circle of the zodiac signs and will have a look at the third sign now. Communication is everything in life. Consciously or unconsciously, we are in constant exchange with our fellow human beings, verbally as well as non-verbally. Through communication, we create our environment: work place, friendships and partnerships.
Read more

The Psychic ability within us Base on Zodiac

By [email protected]
Some like the Aries are notorious for being at the right place, right time, while others like Libra seem to know people better than they know their own selves. Freaky!
Read more

SCORPIO, Read This Before you invest your emotions in love relationship

By [email protected]
Before you invest your emotions in love relationship, Scorpio, be sure it's right for you. The type of mate you need to feel truly fulfilled will be warm, physical and sexually appealing, but totally loyal to you. Seek out someone who is turned on by fervent glances, intense feeling and karmic ties.
Read more

By [email protected]
January 21 to February 19  How People May Behave During Solar Month of Aquarius Season A generally innovative month, Aquarius is the time when we need to access the bigger picture. People will feel strongly about their ideas and may even get a bit aggressive about them. People may also be a bit stubborn and insensitive toward others in the face of implementing their ideals.
Read more

This is How to Keep the ♐ SAGITTARIUS you Love

By [email protected]
HOW TO KEEP THE SAGITARIUS YOU LOVE  • Role-play as if it’s for real.  • Believe them when they tell you about their godly past lives.  • Do something for them every once in a while because they “shouldn’t have to.”
Read more

Your Past, Preset and Future is Written in the star, is there anything to be learned from it?

By [email protected]
Sometimes we looks into the history of astrology and asks if  STAR SIGN can teach us anything about our relationships. What is astrology? Diagnosing Incompatibility The Birth Chart People often turn to astrology in a bid to gain greater insight and a deeper understanding of themselves, their friends, family and romantic partners. While scientific testing has found no evidence to support astrology, and many remain extremely sceptical, you only have to look at some of the astrology influencers on TikTok to know that others appear to live their life by their signs. So, what exactly is astrology and is there anything to be learned from it? ... If you Asking if your Future is Written in the star, I tell you letterally,  Here are my Explaination using Astronomy or outside of the scope of Astrology. For Example Case Study
Read more